You Need More Than Disappointment To Contest a Will In Illinois 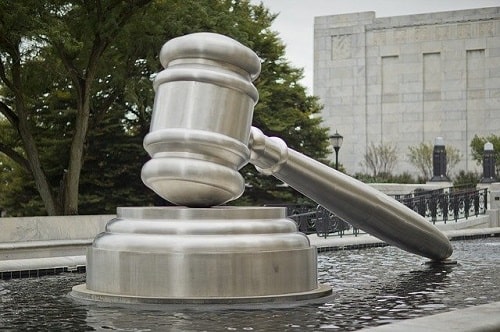 You can’t please everyone. When a loved one or family member who had the foresight to prepare a will and estate plan passes away, it isn’t unusual for some folks to be disappointed, angry, or dubious about the provisions of that plan. Perhaps someone was expecting to receive more from the estate or was left out of the will entirely. Maybe an heir thinks it’s unfair that they got the short end of the stick while others they see as less worthy were well cared for. But disappointment or a sense of entitlement, without more, is not reason enough to contest a will in Illinois.

However, if there are concerns about the circumstances surrounding the preparation and execution of the will, those who are legally entitled to challenge a will’s validity and enforceability may be able to have it set aside. But before embarking on what can be a contentious and expensive process, it is important to understand what are and what aren’t grounds for contesting a will in Illinois.

Not Everyone Can Contest a Will

The threshold question in a will contest is whether the person challenging the will has a legal right to do so, that is, whether they have standing. Under Illinois law, only “interested persons” can commence a will contest. Such individuals (and institutions) typically include those who would benefit financially if the will was set aside. This can consist of beneficiaries under a prior will as well as those who would inherit from the decedent under the laws of intestate succession if there was no valid will.

A court will make the determination as to standing, but anyone who seeks to contest a will only has six months from the date that the will is admitted to probate.

While there are no statutorily enumerated bases for contesting a will in Illinois, valid challenges typically rest on the following grounds:

As with contracts or other legal documents, the person directing, preparing, and executing a will in Illinois must have the mental capacity to understand the will's contents and impact. They must know the nature and extent of their assets and appreciate who the assets are going to be distributed to.

Proving a lack of testamentary capacity requires more than showing that the decedent was old or had a declining memory. The person challenging the will must present medical evidence to show that the decedent had mental conditions such as dementia, Alzheimer’s disease, psychosis, or other medical or psychological problems that were so severe as to truly call into question whether the decedent knew what they were doing. A challenger may also present testimony as to any delusional or irrational behavior at the time of the will’s execution. Given that a testator in Illinois is presumed to have had legal capacity when they executed their will, contesting a will based on lack of capacity can be a tall order.

If someone acting in their own self-interest exerted undue pressure on the testator to get advantageous treatment in the will, a court can set aside the will on the grounds of undue influence. To show there was undue influence sufficient to set the will aside, the challenger must prove that the person who allegedly exerted such improper influence will inherit significant assets under the will, maintained a confidential relationship with the decedent, and played an active role in the preparation, drafting, and execution of the will.

If someone lies or deceives the testator into providing or not providing for certain beneficiaries in their will, that fraud could cause the will to be set aside. For example, if one sibling falsely told their ailing parent that their brother or sister had committed a crime or some other act which would likely cause the parent to disinherit them, that could be the basis of contesting the will on the grounds of fraud.

Of course, a will can be set aside if it really wasn’t the decedent’s will, as is the case with a forged document. To establish forgery as a ground to invalidate a will, the challenger may show that:

Contact Latimer LeVay Fyock With Your Will Contest Concerns and Questions

Contesting a will is no small undertaking. While the stakes and potential benefits may be high, so too can the costs. It can exacerbate already heightened tensions between family members and involve months or years of expensive litigation. But if a will is truly the product of malfeasance or was prepared by someone who lacked the ability to understand the consequences of their actions, a will contest is an effective way to do justice to the decedent and their heirs.

Please contact the estate planning attorneys at Latimer LeVay Fyock to discuss your will contest questions and concerns.