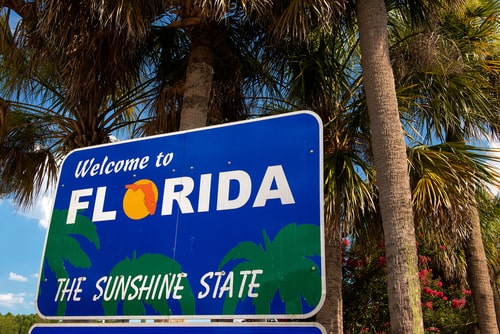 Another Chicago winter is coming to a close. That means another spring full of people saying they’ve seen enough of Chicago winters. Those contemplating or close to retirement often set their sights on warmer and sunnier places to live in their golden years, at least during those months full of snow, cold, wind, and gray. Two of the most popular destinations for Chicagoland weather refugees are Florida and Arizona. But it isn’t just the sunshine and golf that attracts so many people to the desert and the beach. Famously, Florida does not have a state income tax, while Arizona’s rates tend to be lower than Illinois.

Plenty of these same folks looking to move to Florida and Arizona and take advantage of the lesser state taxation may not want to entirely pull up stakes in Illinois, ideally spending parts of the year here while spending a substantial amount of time in their new sun-drenched home. What many “snowbirds” fail to understand, however, is that simply declaring yourself a Florida or Arizona resident because you have a home or mailing address in one of those states and spend weeks or months there doesn’t mean that you can avail yourself of their favorable tax treatment – or avoid paying Illinois income taxes.

If you own or lease a home in Illinois as well as in Florida or Arizona or split your months between being down there and in Illinois, you need to understand what to do – and what not to do – in order to avoid a significant tax hit.

It Is All About “Domicile”

“Domicile” doesn’t mean the same thing as “home” or “where your stuff is,” though those play a role in determining where your residence is. Each state has its own definition of domicile for tax purposes, but for Illinois residents who live outside the state for a significant part of the year, it is Illinois’ definition that will determine whether you remain domiciled here and thus remain a resident subject to taxation.

In Illinois, individuals are considered Illinois residents if they are present in the state for other than a “temporary or transitory purpose” or are “domiciled” in the state but leave for a temporary or transitory purpose. The Illinois Department of Revenue defines domicile as “the place where an individual has his or her true, fixed, permanent home and principal establishment, the place to which he or she intends to return whenever absent.”

Both Florida and Arizona define domicile similarly. As such, to claim that you are a resident of either of those states, you need to establish that your Florida or Arizona residence is your “permanent” home, your “principal establishment,” and the place you return to after visiting Illinois – not the other way around.

Courts and taxing authorities look at several factors when evaluating an individual’s residency and do so on a case by case basis. While there is no magic formula for establishing residency, there are plenty of steps you can take that will help make the case that you no longer reside in Illinois, even though you may still have a house here or spend months at a time here.

The more of the following you can do, the more likely it is that you’ll be considered a resident of the Sunshine or Grand Canyon states:

Call Us With Your Questions About Residency and Taxes

As noted, doing some or all of the foregoing does not guarantee that the powers that be will agree with your claim of residency. But it can certainly build a more compelling case and support your desire to be free of Illinois income taxes. If your plans include buying or leasing a home in Florida or Arizona and have questions about how best to establish residency there, please contact Latimer LeVay Fyock today.