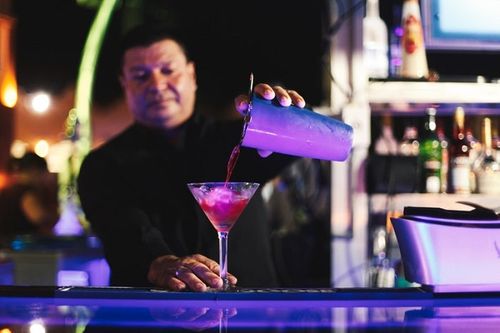 A Chicago liquor license is a valuable and coveted asset for prospective tavern owners, restaurateurs, and others whose businesses will benefit from the ability to sell alcohol. But if the license application process were an alcoholic beverage, it would be less like a beer – pour a pint and you’re done - and more like a cocktail that contains multiple ingredients that blend together to get the end result.

That is because much more goes into obtaining a liquor license in Chicago than filling out an application, which in and of itself can be daunting. Instead, the process involves the interaction of multiple licenses and multiple agencies, zoning and business approvals, leasing and ownership matters, and other planning and groundwork before the City will even consider an application.

Too often, however, prospective Chicago business owners fail to recognize the substantial amount of preparatory efforts that they must engage in before applying for a liquor license. They may also be unprepared for the possibility, if not probability, that complicating factors or roadblocks may arise during the process that could further delay their plans.

Similarly, the nuances of liquor license approval can ensnare those who leap before they look when embarking on their tavern or restaurant journey. Signing leases, purchasing property, and entering into other business relationships before understanding whether a license is even feasible given the location and individuals involved can lead to a very costly and time-consuming detour.

As such, it is critical to consult with an experienced Chicago liquor license attorney before taking any steps, making any investments, or signing any agreements for any enterprise that depends on a liquor license for its success. Doing so can increase the chances of an expeditious and trouble-free approval. Just as important, it can minimize the risk of making premature or hasty decisions that could expose the applicant to liability and losses.

In many respects, the first steps in the Chicago liquor license process are the most important. It is during the initial phase when you determine whether your desired location, your prospective co-owners, or other foundational matters will present problems or clear a path to next steps.

The first thing to understand is there is no single “liquor license” that the city issues. There are four main classes of licenses: Tavern Licenses, Package Goods Licenses, Consumption on Premises-Incidental Activity (COP) Licenses, and Caterer’s Licenses. Each type of liquor license has its own requirements and potential stumbling blocks.

Tavern licenses (for businesses that rely on the sale and service of alcoholic beverages as their primary source of business) tend to be the hardest of the three to obtain and the one that requires the most foresight and due diligence.

For example, a prospective tavern owner may have identified what seems like the perfect location for their bar. The property is available at an attractive rent or purchase price, and they sign a lease or purchase agreement to seize the opportunity. However, they find out thereafter that their perfect location is anything but.

It may be in a dry precinct, a moratorium zone, or too close to a school, church, or library such that the city will not issue a license without the applicant clearing any applicable hurdle. Had the owner recognized these fatal flaws beforehand, they would have continued their search and moved forward instead of being saddled with an obligation they will spend considerable time and money trying to escape.

Similarly, even if none of the foregoing restrictions apply to your business, you still may face issues with the Department of Zoning, which must approve your application before the city’s Department of Business Affairs & Consumer Protection (BACP) will consider whether to issue a liquor license. This includes approval of detailed floor and business site plans for the proposed location. If you don’t have such plans or they are insufficient, that can add weeks or months to the process.

Your Partners May Be a Problem

Obtaining a liquor license is as much about the who as it is the where. That is, not everyone can participate in the ownership or operation of a licensed business. Frequently, individuals form entities or solicit investments from people whose backgrounds make them ineligible to play a role in the business.

The city will only issue liquor licenses to people who meet the eligibility requirements of the Chicago Municipal Code and the Illinois Liquor Control Act. That is why part of the application process involves extensive background checks for any person with 5% or more ownership in the business, corporate officers, site managers, and/or persons loaning or giving 10% or more interest in the company. And it isn’t unheard of for the City to examine others with interests or connections to the business as part of the approval process.

Most of the 22 separate classes of people who can’t hold a liquor license involve those convicted of felonies or certain misdemeanors. But even “a person who owes any outstanding debt to the City of Chicago” such as traffic or parking tickets can slow down an application.

Finding out late in the game that one of your partners or investors will delay your application can send you scrambling to reorganize your business, create interpersonal conflicts, and further delay the process while you try to remedy the problem. Applicants should vet all participants as early as possible to avoid such a result.

Many Departments, Many Reviews, Many Approvals (or Denials)

The Department of Zoning and the BACP aren’t the only folks at City Hall who will determine whether you will soon be pouring drinks or nursing your wounds. You will need to pass comprehensive site inspections by the Departments of Health, Fire and Buildings as well as BACP. Each of these departments is looking at different elements of the business and has its own inspection and approval requirements. A failed inspection by any city department can put a hold on the liquor license approval process until you fix all outstanding issues.

These are just a few examples of the complexities and challenges involved in obtaining a Chicago liquor license. Even without any unexpected problems, the preparation of the application itself is a massive undertaking, requiring a voluminous amount of supporting documentation that can take months to get in order.

Given the substantial investment involved and significant stumbling blocks that can stand in the way, working with a Chicago licensing attorney throughout the liquor license application and approval process is the best way to ensure that your business taps into the opportunities that such a license can provide.